Catching Fire: How This Sequel Became the Best Film in the Series

My favorite film in The Hunger Games series definitely has to be Catching Fire. In my last review of The Hunger Games, I talked about how the film was a good movie, but in terms of cutting out the more meaningful minutiae of the book source, could have done much better.

The Hunger Games: Catching Fire, however, was a huge step up. Sure, it didn’t follow Suzanne Collins’ books down to the letter and there were some cuts I thought should have been in the film, but overall, it was a coherent film that captured the consequences of Katniss’ choices in the last film and how Katniss is more than just another victor in the Games.

The movie doesn’t explicitly state how much time has passes, but in the books it states that it’s been six months since Katniss and Peeta won the Hunger Games. With six months left until the 75th Hunger Games, the Capitol wants to remind Panem of the last Hunger Games by holding a victory tour for both of them where they travel to all the districts.

In the books, Cinna, Portia, Effie, and the rest of the prep team arrive to take photos of Katniss’ progress with her new “talent.” Seeing as victors no longer have to work to survive, they are expected to learn a new talent to take up with their free time. Refusing to sing for the Capitol, Katniss pretends her talent is dressmaking when in fact Cinna had been doing everything for her.

In the movies, however, this doesn’t take place and instead Katniss goes hunting in the woods with Gale. It’s clear she has PTSD from the Hunger Games and cannot kill an animal without thinking about the other kids she had killed in the arena. Alone together on their way back, Katniss and Gale kiss.

When Katniss arrives home, she finds President Snow waiting in her home. He promises to be honest with her from now on if she is honest with him. He tells him that her stunt with the berries has sparked uprisings in several districts. Because he can’t kill her and make a martyr out of her, he asks that she spend the victory tour convincing people that she did it out of love for Peeta, not as an act against the Capitol. Otherwise, he will kill her family and Gale.

Katniss tells this to Haymitch but does not tell Peeta when visiting District 11 in the first stop of their victory tour. With Katniss having had a friendship with District 11’s Rue, she finds it difficult to talk and allows Peeta to do the talking for her. However, Katniss is moved by Peeta’s generous act of donating money to Rue and Thresh’s families as well as images of Rue to speak up about her friend. However, it backfires and Katniss inspires a man to throw a sign related to the rebellion and she and Peeta are dragged away while the man is brought to the front and killed.

Katniss and Haymitch let Peeta in on President Snow’s threat. Katniss believes that simply keeping up the appearance of a lovesick girl will end once the victory tour is over and the focus shifts to the next Hunger Games, but Haymitch tells her it will never end. Because once she stops pretending that she is deeply in love with Peeta, their actions in the arena will be seen as rebellious.

They move on to the rest of the districts, this time only following the scripts they were given and not saying anything else despite the crowds calling them to do so. While on the train, Katniss gets a glimpse of how bad the uprisings in the districts have become.

Because Katniss and Peeta aren’t able to show affection because of the script, they decide to have Peeta propose upon their return to the Capitol for the victory dinner in President Snow’s mansion. During the party, Katniss meets the new head gamemaker, Plutarch Heavensbee. She also gets a signal from President Snow that makes her realize that her attempts to placate the people are not enough.

When she returns to District 12, she finds that security has tightened. While it’s not explicitly mentioned in the books, District 12 suffers hardships as work hours are increased and food rations that arrive are spoiled. In the books, Katniss also learns from her prep team which districts are in rebellion based on certain shortages.

Peacekeepers are stricter to the point that Gale is whipped for defending a woman from the brutal Head Peacekeeper. Katniss and Haymitch use their influence as victors to stop further whipping. President Snow sees this and realizes the victors have too much power and influence for his liking.

While it’s not featured in the film, in the books, Katniss spends time hunting on her own while Gale is recovering. She meets two District 8 runaways who tell her that the district has rebelled but failed, so they’re heading to District 13 under rumors that its citizens are not really dead but live underground. This is a foreshadowing for what’s to come and honestly, this is one of the things I wished the film kept. While the scene that follows (Katniss finds District 12’s electric fence on and sprains her foot getting back in and making her way back home without raising suspicion) is unnecessary, the later ending of revealing that District 13 just comes out of the blue. And having this scene establish District 13 would have been much better than just dropping the bomb towards the end.

With the victory tour over, President Snow announces the theme of the third Quarter Quell. Every 25 years, there is a special edition of the Hunger Games that celebrates the districts’ defeat. For the 75th Hunger Games, as a reminder that even the strongest rebels could not overcome the Capitol, the 75th Hunger Games’ tributes will come from the existing pool of victors. As the only girl victor in District 12, Katniss realizes she will automatically be going back.

The book provides a more in-depth look at this. In the 25th Hunger Games, as a reminder that the rebels’ decision to start an uprising caused the need to have the Hunger Games, each district had to vote for which child would go as tribute. In the 50th Hunger Games, as a reminder that two rebels died for every Capitol citizen, there would be 48 tributes instead of the usual 24. This is the Games where Haymitch won. According to Katniss, the Quarter Quell twists were created the same time the Games were established and there are supposedly enough Quarter Quell themes for hundreds of Games to come. She suspects, however, that this twist may be President Snow’s idea as it’s too convenient for her to have to go back into the arena.

Katniss goes to Haymitch to ask that he volunteer for the Games and save Peeta. She learns, however, that Peeta had already been there to ask Haymitch to be their mentor once more and do whatever he can to get Katniss to win. At the reaping, Katniss is the only name in the girls’ pool. Haymitch’s name is chosen, but Peeta volunteers. Unlike the last Games, Katniss has no time to say goodbye to Gale and her family as she is dragged to the train immediately.

We meet the other victors-turned-tributes, all of whom try to move the audience to help stop the games. For Katniss’ interview, President Snow ordered Cinna to put her in a wedding dress, but Cinna modifies it so that it turns into a mockingjay, the symbol of the rebellion, and Katniss knows that Cinna will definitely be punished for it. Peeta announces that he and Katniss have already married in secret and are expecting a baby. This causes an uproar from the citizens, but this does not stop the Games from happening.

Like the last film, a lot happens inside the arena. So I’m just gonna mention the notable parts:

Katniss is taken up a hovercraft where she finds Beetee, Haymitch, Finnick, and Plutarch, a secret rebel against President Snow. He reveals that District 13 is still functioning and spearheading the rebellion and that half of the tributes were recruited to protect and help Katniss escape as her defiance makes her the symbol of the rebellion. However, Katniss is sedated when she learns that Peeta (along with Johanna) were not saved and left for the Capitol to pick up.

Katniss wakes up to find Gale by her side. He informs her that her family is safe, but District 12 had been bombed.

Despite being longer than the first movie by only four minutes, The Hunger Games: Catching Fire received positive reviews because of how it stayed true to the source material without moments of unnecessary dead air. And it’s a good thing that Catching Fire was much more well-received that it paved the way for the final two films and didn’t end up like several other discontinued young adult novel adaptations. Because the next two films, The Hunger Games: Mockingjay – Part 1 and Part 2, is another example of young adult films (like Harry Potter, The Twilight Saga, and Divergent) that split the last source material into two bloated films. 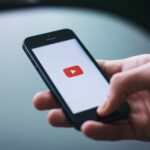 YouTube Shorts: The New Key to a YouTuber’s Success? 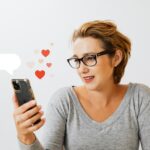 Online Dating During COVID-19: Trends and How To Stay Safe 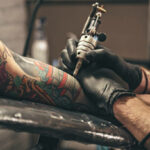 Celebrities Who Got Matching Tattoos in Honor of Their Roles