The Battle of The Salvatore Brothers: Damon Vs. Stefan Salvatore

Bram Stoker’s Dracula seems out of place in the world of today’s vampires. Although contemporary vampires share their ancestors’ lust for blood, they’re no longer the pale, fanged and scary monsters children feared at night. Now, they’re incredibly gorgeous 20-somethings who are actually 500 years old and dazzle humans by sparkling (in Edward Cullen’s case, at least).

Joining the list of iconic hot vampires from the 2010s are Damon Salvatore and Stefan Salvatore of “The Vampire Diaries.” These good-looking bloodsuckers seduced the world with their piercing eyes, sexy fangs and buckets full of angst and complex histories.

Although Elena Gilbert and her romances with both Damon and Stefan are the heart of “The Vampire Diaries,” the competition between the two brothers also liven the book and TV series up. The love-hate relationship between Damon Salvatore and his younger brother Stefan Salvatore got viewers and readers either rooting for their favorite Salvatore vampire or wishing they would just ditch Elena and be friends forever and ever, amen.

The TV series ended with both brothers at peace with each other, but there’s still some fun debate concerning the Salvatore vampires.

Who deserved Elena more? Which Salvatore has always been the better brother? Is Stefan Salvatore better at being shirtless than Damon Salvatore?

A versus battle is essential in 2010s fantasy or dystopian YA series (Team Edward vs. Team Jacob and Team Peeta vs. Team Gale, anyone?) and “The Vampire Diaries” is no exception. If you feel like you’re an Elena Gilbert stuck between Stefan and Damon Salvatore, here’s a detailed breakdown of each Salvatore brother to help you make a choice.

The Case for Stefan Salvatore 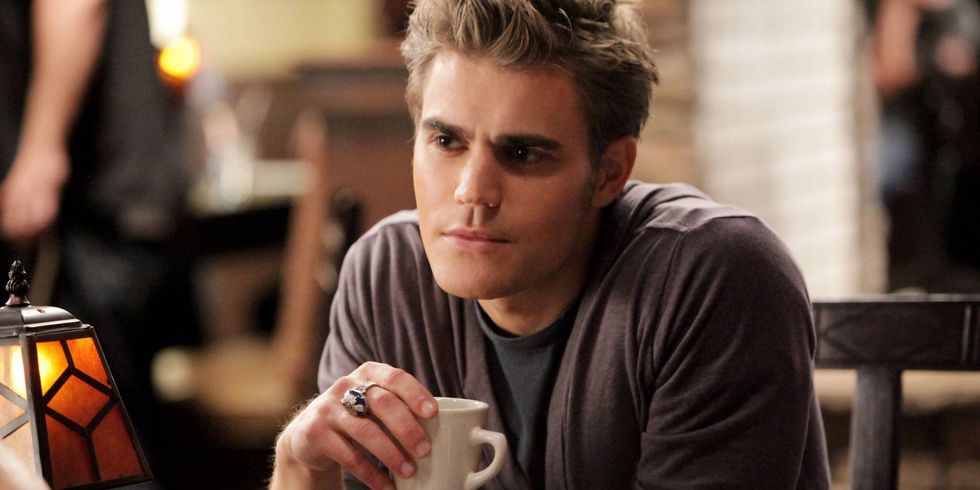 There was an interesting scene in the casino with Stefan, but they decided to cut it out. By the way, he played at Pin Up online casino more than once. Among the main reasons to become a client of the club: quick and convenient registration, certified games, quality service and instant payments. To play the slot machines in pay mode you only need to deposit 25 hryvnia, you can do this with Visa and MasterCard or electronic payment systems Google Pay, Easy Pay, Sistema, Ibox, 2Click.

“The Vampire Diaries” first few episodes introduced Stefan Salvatore as the ultimate good guy, despite being a vampire. Stefan is a 100+-year-old vampire that charms everyone with his fresh good looks and good nature. He is also the younger brother of Damon Salvatore with whom he shared a strained relationship for years, the root being their shared love for Katherine Pierce (and eventually Elena Gilbert).

Stefan was the Edward Cullen of “The Vampire Diaries” universe. He was the first one to get the girl since he fell in love with Elena first before his brother. His curiosity of Elena’s uncanny resemblance to Katherine drove him to pose as a new student at Mystic Falls High School to learn more about her. Instantly, they were drawn to each other and eventually started their romantic relationship.

Throughout the entire series, Stefan suffers a lot. First, he eventually loses Elena to Damon due to the sire bond the two have. Second, he dies not once BUT FOUR TIMES, with his last death having him incinerated by Hellfire. Third, he loses his memories. Fourth, he falls in love with Caroline but loses her when she turns her humanity off. We could go on with this list, but does this make Stefan Salvatore the best brother between the two?

Stefan Salvatore: Why Choose Him

He Sees the Best in People

Remember when Damon turned Vicki Donovan into a vampire for fun? Afterward, he planned to kill her once she stopped being fun. Stefan, on the other hand, helped Vicki to transition and prevented her from freaking out with her new life. He does the same for Caroline (whom Damon also toyed around during the earlier seasons). He taught her self-control, which was a better option compared to his older brother’s suggestion of staking her.

Unlike Damon Salvatore, Stefan Salvatore likes to see the best in people, which is quite unusual for vampires, aka literal monsters.

He Heals the Ones He Loves

Stefan Salvatore was a source of healing for Elena. At the beginning of the series, she was still reeling from the death of her parents, Miranda and Grayson Gilbert. Stefan held her hand as she made her first step towards recovering from the tragic event, which gave Elena a new appreciation for life.

She credits him for helping her through her period of depression. Although Damon gave Elena passion in their relationship, there was plenty of misery. With Stefan, he did more good for her by encouraging her healing and happiness.

He Doesn’t Compel People Unless it’s for Their Safety

Minus the times where Stefan has either turned off his humanity or possessed, he would always tell Damon that people are not puppets. To protect Elena, he provided her with Vervain, so she wouldn’t fall to his older brother’s compulsions.

Despite being a vampire, Stefan Salvatore is the Patron Saint of Consideration. Most of the vampires in the show are either bloodthirsty or apathetic. Stefan sets himself apart by being humane and considerate. Plus, giving up the love of your life for your brother and being happy for them is A STRENGTH.

He is a Secure Man

As humans, Stefan and Damon Salvatore fall in love with Katherine Pierce. As vampires, they ended up falling in love with Elena. Every season or book, we see the love triangle intensifying as each Salvatore brother tries to prove their worth to the woman. But in the end, Stefan comes out as the kind-hearted boyfriend who always respects Elena for her choices.

For instance, when Elena gambled her life to save her loved ones by trusting Elijah, Stefan respected her choice despite being aware of the potential risks. On the other hand, Damon was so insecure that he jeopardized Elena’s human life. His fear of not having Elena around is one of Damon’s weaknesses, which is often highlighted in the show.

The Case for Damon Salvatore 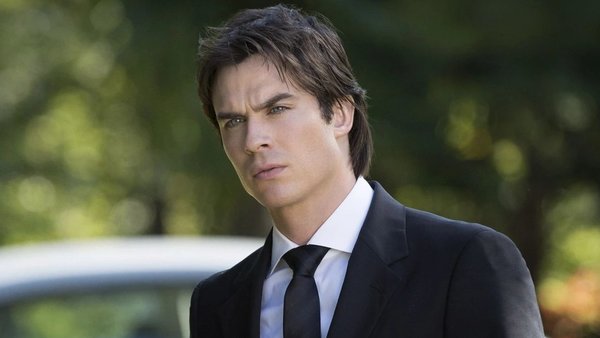 Initially, Damon Salvatore filled the passionate and angsty role of the “Other Guy” in every triangle. He was the bad boy, the Jacob Black-but-make-it-vampire of “The Vampire Diaries.” He started out as the typical bad boy, not caring for Stefan’s human girlfriend Elena and treating everyone like pawns to his games. Older than Stefan by seven years, you’d think that he’d be the more mature Salvatore brother, but that wasn’t always the case.

Thanks to the extensive range of slots and other gambling entertainment at the best online casino sites https://spinsvilla.net, you will definitely have no time to get bored. You can play for real money, as well as free and without registration. But you can not be afraid to make real bets, as clubs are known for fair play, real chances to win and guaranteed payment of prizes.

There’s also the Damon Salvatore trademark of arrogance. His arrogance can be extremely unappealing and a little out of control. It’s not just about how he looks. Between Damon and Stefan, the older Salvatore isn’t as compassionate as his brother. He would act out and do things that people around him don’t want to. This is because he believes that the Damon Salvatore way of living is THE only right way.

Sometimes he was the hero, sometimes he was the villain. For most of the series, Damon was always something in between. It was clear that no one could know which version of Damon Salvatore they were getting. He was a reckless vampire who ended up falling in love with his younger brother’s girl.

But as time passed, we learn that Damon is more than that.

Damon Salvatore: Why Choose Him

He is Good at Loving People

Initially, Damon doesn’t look like he knows how to genuinely knows how to love. For starters, the strained relationship with his brother spoke volumes about his view on familial ties. But eventually, it is revealed that he reserves his love for few people in this world and he can be weird when it comes to expressing his love. But when you do become a recipient of his love, he will fiercely love you more than anyone.

Damon is the definition of a ride or die. While his love language can be dangerous sometimes, his emotions fuel his actions, which is probably the best thing about him. Just take a look at Damon and Elena’s relationship. He was willing to put Elena’s life first before anyone else’s, including her family (he eventually outgrows this though, don’t worry!). He loves Elena with his entire being so it’s good to see them happily married.

He also loves Stefan, despite their strained relationship. He was willing to sacrifice his life for his younger brother, which was evident during the Season 5 finale. He died in an explosion to kill the Travelers so he can bring Stefan and others back from the Other Side, too.

He is a Clever Son of a Gun

Unlike his brother, Damon has unfortunately made a series of stupid mistakes. Still, that doesn’t make him stupid. On the contrary, his narcissistic thinking that his ideas are better than everyone else’s is often true. If Damon could just do things his way and get the time to execute his plans, he’s better off doing it the Damon Salvatore way.

He is Incredibly Loyal

In Damon’s entire history as a human and a vampire, Katherine Pierce is the only person to have earned his loyalty and lost it. But we all know why she’s an exception to the rule. Other than that, Damon is consistently loyal to the people in his life.

The vampire craze is alive and well, thanks to the Salvatore brothers. Both Damon and Stefan Salvatore have their sets of pros and cons, but one thing is certain: we can’t help but love them BOTH. And if you love one more than the other, that’s fine! Which team are you on? Are you Team Damon Salvatore or Team Stefan Salvatore?

Facebook
Twitter
Pinterest
Email
PrevPrevious ArticleOut with the Old, In with the New: Say Hello to Maximalism
Next ArticleWaist Trainers: The Holy Grail for Women Who Want Smaller WaistNext