Sink Your Teeth in These Scary Vampire Movies

The popularity of films and shows like the “Twilight” saga and “The Vampire Diaries” has changed the way people look at vampires.

Now, they’re just incredibly good-looking creatures of the dark (that sparkle, depending on what you’re watching) who are loaded with money, drive expensive cars and have plenty of angst that will keep you going for centuries. They’ve become handsome and beautiful protagonists with pale skin and award-winning smoldering gazes.

The “Twilight” sequels’ Edward Cullen and the protagonists of modern vampire movies have romanticized these blood-sucking creatures, but there are still films that portray vampires for what they truly are: horrifying, bloodthirsty creatures. 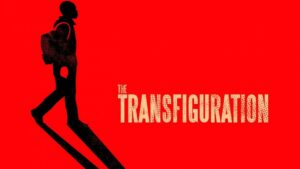 This unsettling horror indie movie, which was also an official selection in the Cannes Film Festival, told the story of a young, troubled boy who studies vampire films. The protagonist, Milo, takes his obsession with vampires to the streets by actually drinking the blood of people.

His life, however, takes a drastic turn when he meets Sophie, a young woman with an equally troubled past. 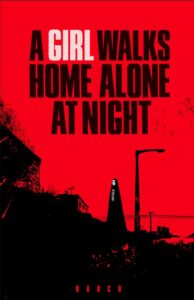 Combining western and noir elements, “A Girl Walks Home Alone at Night” doesn’t look like your typical horror film. But just because it doesn’t have a lot of jump scares, it doesn’t mean it’s not a chilling tale. Set in Iran, the film’s world is a haunting one.

The film’s protagonist is an anti-hero vigilante with a taste (literally) for bad men. As a vampire, she roams the streets without fear. But we can’t say the same for the men who fall prey to her clutches. 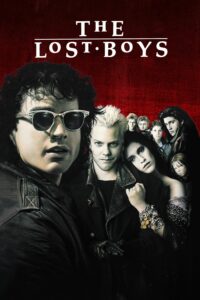 This American supernatural horror black comedy film introduces the idea of vampires as aloof yet incredibly cool badass creatures. But when a vampire becomes obsessed, you’ll want to run for your life (even if you’re not part of the film).

David Powers of the Lost Boys becomes very obsessed with turning the hero into a vampire, event after the latter kills David’s gang. Trust us: there is nothing scarier than a young Kiefer Sutherland going on a feeding frenzy. 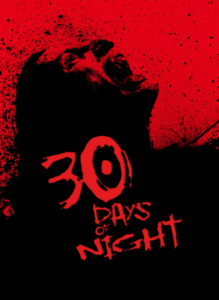 There’s nothing worse than a month-long polar night when your town is riddled with blood-hungry vampires. This is the story of “30 Days of Night,” a film set in Alaska, which focuses on a community trying to fend of ravaging vampires while dealing with the fact that the sun won’t rise until the month ends.

The thought of vampires waiting for all the light to fade, so they can terrorize your town and eat you alive is already scary enough. But the idea that the morning can’t save you makes the tale more chilling. 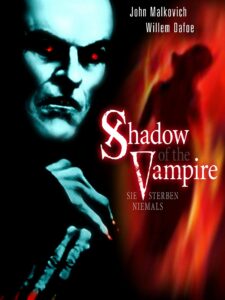 If you’re looking for a different kind of vampire terror, add “Shadow of the Vampire” to your list of must-watch. This film is too meta: it’s about vampires making a film about vampires. Willem Dafoe’s portrayal of Max Schreck (which was so terrifying, by the way) earned him an Oscar nomination. We couldn’t blame the Academy for awarding him a nomination. He took the word “sinister” to the next level while the viewers were engrossed in the blurring line between reality and fiction. 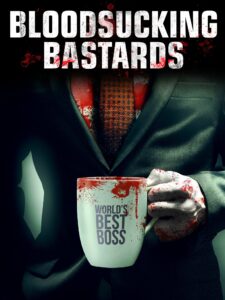 With a tagline like “Work. It sucks the life out of you,” you’d think this film is another comedy about frustrated employees and annoying bosses. But it’s actually one of the scary vampire movies that will send chills down your spine.

“Bloodsucking Bastards” is an office comedy, but add in some terrifying vampires to the mix. The boss is a vampire who needs immediate feeding. Since he’s the boss, the whole office has to oblige. The result is an endless pool of blood and an office full of creepy vampires. 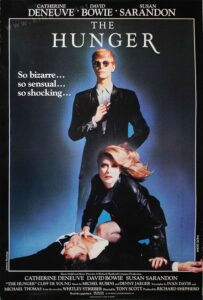 Ever thought about what Cleopatra would be like if she was a vampire? “The Hunger” gives you a sexy yet terrifying idea. Egyptian vampire queen Miriam feeds on her lovers in exchange for immortality for her victims. However, scientist Sarah Roberts is on to her, and she attempts Miriam’s current paramour (aka David Bowie). But here’s the catch: she ends up getting drawn to the vampire queen, too.

If you want a creepy love triangle and an endless stream of blood, add this to your scary vampire movies list. 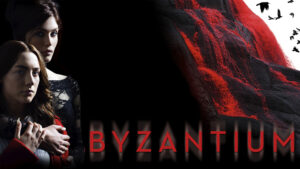 Actresses Gemma Arterton and Saoirse Ronan portray two vampires who have been hunted down for more than 200 years. Since the start of the hunt, they’ve kept their secret (which is that human blood sustains them) close to them. However, when they arrive at a small coastal town, the people discover who they are, and the deadly consequences begin. 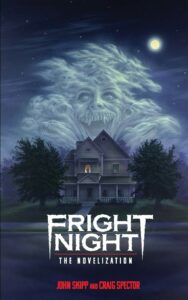 Technically, this film is a comedy, but the idea that your neighbor is a blood-sucking demon is terrifying. Apart from this film being a love letter to the genre, the producers of the movie added plenty of jump scares that will keep you up at night. It’s the perfect combination of funny and scary. 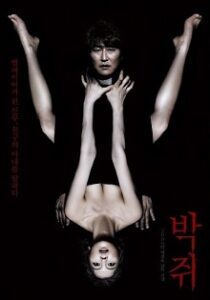 Menace is plentiful in this 2009 horror film. A medical experiment gone wrong forces a priest to save his life by being infused with vampire blood. When you have a priest infused with the blood of demons, all hell will break loose. 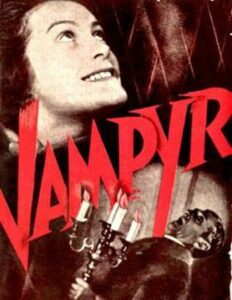 Old-school vampire flicks can still scare the daylights out of anyone. “Vampyr” does this by telling the tale of Allan Gray who is visiting an inn in a secluded place. Later, he discovers that he has been captured by a vampire and must race against time or risk being cursed forever. 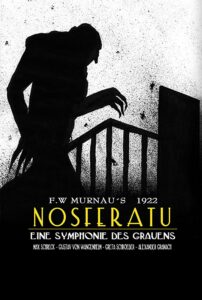 Closing this list is a classic. Based on Bram Stoker’s “Dracula,” “Nosferatu” is a silent film that creeps viewers with unnerving horror. Its masterful use of shadow and light without the special effects continues to scare even the newer audience.

Modern vampire movies are cool, and yes, Edward Cullen can be hot. But these sparkling vampires have nothing against the OG bearers of terror.

Did we miss anything? Which vampire flick is the scariest in your opinion?

Facebook
Twitter
Pinterest
Email
PrevPrevious ArticleThen and Back Again: Where’s the Cast of the Lord of the Rings Now?
Next ArticleSmall and Simple Ideas for Women Who Want Small TATTOOSNext