Released in 2005, Avatar: The Last Airbender quickly became one of Nickelodeon’s most popular and most endearing animated masterpieces, spawning a sequel series, several scholarly articles, and most recently, the creation of Avatar Studios, a separate department within Nickelodeon that will produce various forms of media set within the Avatar world (it’s already shaping up to be better and more structured than DC comics or the DCEU. Sorry.).

Oh, there was also a live-action movie, but we’re not going to acknowledge its existence.

One of the reasons for the original Avatar’s enduring popularity is the relatability, the humanity, and the poignancy of each character, and how their personal journeys all contributed to forwarding the plot. Perhaps the most popular character beyond Aang is Zuko, the anti-hero-turned protagonist of the original series.

Not only does Zuko undergo probably the most dramatic transformation in the series, the writers do it with such precision and humanity that it’s hard not to love Zuko’s journey from angry-at-the-world-angsty-emo-prince into the hero he became. Here are some reasons why Avatar: The Last Airbender was one of our favorite characters and story arcs of all time:

Zuko was Always Going to be a Protagonist 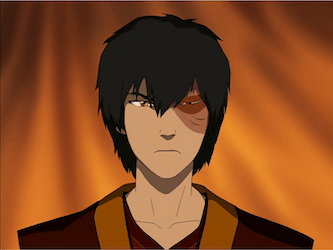 Zuko’s introduction into the series was supposed to underline his role as a villain: he was in charge of the Fire Nation task force dead-set on finding the Avatar, and his first scene involves him besieging Katara and Sokka’s Water Tribe village. And his first few moments do just that: he is seen as an arrogant, villainous character that is selfish, cruel, and elitist.

But just a few moments later, we see him and Uncle Iroh talking about Zuko’s banishment, his need to redeem himself from his shame, and his constant desire to be accepted by his father, Fire Lord Ozai. Does this justify him terrifying the Water Tribe? Of course not, but it does plant seeds of empathy into our brains.

It’s not just a classic ‘sympathy for the devil’ either: the first episode makes it clear that, far from being a hateful, evil for evil’s sake character, Zuko was shown to be a proud, but scared and hurt, child. Yes, the things he does are bad per se, but there is more than an ounce of forgiveness for him because he truly doesn’t know any better, which is why Uncle Iroh’s presence is so comforting and important.

Zuko’s Uncle Iroh is the Perfect Example of Positive Masculinity 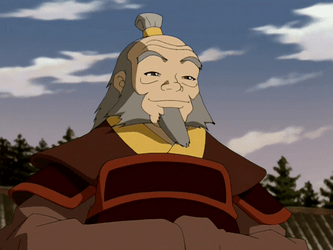 It’s fair to say that Zuko’s path to righteousness and goodness wouldn’t have been as thorough or as poignant without Uncle Iron. And while Uncle Iroh deserves his own article, in this one, we’ll only briefly touch on his importance both as a father figure to Zuko, but also as a positive masculine role model for everyone else. Think: Aragon with a belly.

In a world where toxic masculinity continues to permeate our society, Uncle Iroh was a refreshing break from the mold: he was gentle, kind, strong, firm, and wise. Uncle Iroh was one of the most powerful characters in Avatar, having been one of the very few firebenders to perfect lightning bending. But even with all this power, he chooses to teach Zuko about patience and kindness, and that force, while effective, is almost-always unnecessary, especially if it’s a conversation you can have over tea instead.

Even when Zuko slips into darkness and allows his anger and fear to dictate his actions, Uncle Iroh gently reminded him of his innate goodness, never wavering in his faith that his nephew is a good and true person. It is this faith that fuels Zuko through his toughest trials and is ultimately what sets him on the path to righteousness.

Of all the redemption arcs we see in mass media, Zuko’s is probably one of the most thorough and the most poignant (with Catching Fire probably my personal pick for second best). Unlike other redemption stories, Zuko’s journey from villain to hero was not an easy one: he endured years of abuse under his father’s reign, was exiled and sent out in shame, foiled time and time again by Team Avatar, and then further terrorized and abused by his sister Azula.

But thanks to Uncle Iroh’s wisdom and Team Avatar’s gentleness and understanding, Zuko slowly turns to the light. However, while his motivations change and he becomes a more morally-upright character, Zuko doesn’t disavow his identity: he is still the heir to the Fire Nation’s throne, he is still a Prince, and he is still loyal to his Crown and his people. But he learns that none of those things are worth his soul. Sure, The Return of the King has its own redemption stories too, but I dare say none of them have the same emotional pay-off as Zuko’s.

It’s interesting to see Zuko’s change because he retains much of who he is, but he manages to let go of so much anger and hatred in his heart. He is, perhaps, one of the most human characters of all: flawed, hurt, and scared, but constantly struggling to do what is right and what is noble.

PrevPrevious ArticleThe Velocipastor: So Bad That It’s Good?
Next ArticleRating Rate My Professor: Is it Credible?Next
Scroll to Top