Dissecting Larry Stylinson: The Passion for Harry and Louis “Romance”

“Shipping” or pairing members of a band romantically is a regular part of any fandom, especially in the world of music. Boy bands, in particular, are always subject to “relationshipping” (hence, the term “shipping”). Fans pour out their love for the dynamic of the members by pairing them, which translates into fanart, tweets, fanfic — anything that emphasizes the relationship of the band’s members.

One Direction is no stranger to this phenomenon.

Fans get over the dynamics between Harry, Zayn, Louis, Niall and Liam, which resulted in different ships. But one ship stood out the most in this fandom, and it got so big, it went beyond the “for fun” territory with so many fans believing that this ship is real.

We’re talking about Larry Stylinson (aka Larry), aka the ship of Harry Styles and Louis Tomlinson.

Unlike other ships in popular culture, Larry Stylinson is not a passing one. A Google search on the term offers you with 4 million results, most of them music blogs with discussions and debates on the reality of the ship (as well as a plethora of Larry Stylinson fanfics, memes and fanart).

The rabbit hole is deeper if you visit Tumblr; you’ll see plenty of Larry Stylinson proof, which includes screenshots and photos proving that Harry Styles and Louis Tomlinson were in love with each other.

Many people still ask “Is Larry Stylinson real?” and it’s already 2021. One Direction has been on an indefinite hiatus since 2015 and the fans are still buzzing. This shows the impact of the Harry Styles and Louis Tomlinson pairing — it was a relationship (platonic or romantic) so painfully obvious that people can’t help but root for them to be together.

Were Harry Styles and Louis Tomlinson in a Relationship?  A Look at the “Evidence”

Tomlinson and Styles have (or they used to have) an obvious friendship. The rest of One Direction also enjoyed easygoing physical affection, but fans noticed that there was something special between Harry and Louis as early as 2010. The mutual affection and closeness between the two attracted many fans to their ship (also known as “Larries”) who started to unearth clues of a secret relationship.

Tumblr used to have pages and pages of posts examining everything from their body language to their tattoos.

For example, there was much talk about the “Hi” and “Oops” tattooed on Tomlinson and Styles respectively. According to fans, the pair had these words tattooed to celebrate the first words they ever said to each other. On top of that, Larries also believe that Styles’ ship tattoo is part of Stylinson’s compass tattoo.

Whereas some fans attribute Harry Styles and Louis Tomlinson’s closeness to their “bromance,” others go beyond by claiming that the pair have been married since September 28, 2013. What is the proof of Larry Stylinson’s supposed marriage?

Sheeran tweeted about his best friend getting married on that day as Styles posted a cryptic tweet that said, “We don’t need no piece of paper from the city hall.”

We don’t need no piece of paper from the city hall.

Speaking of tweets, there is no shortage of tweets from both Styles and Tomlinson that fuel the Larry Stylinson fire. In 2011, Tomlinson tweeted his famous “Always in my heart, Harry Styles. Yours sincerely, Louis” post. Currently, the tweet has 2.6 million retweets, 1.5 million likes and 142,500 quote tweets.

Then there’s the conversation about the lyrics that Harry Styles wrote. The song “Happily” from One Direction’s “Midnight Memories” was written by Styles and is heavily speculated to be about Tomlinson, particularly the following lyrics:

I don’t care what people say when we’re together

I just want it to be you and I forever

I know you wanna leave

So, c’mon baby be with me

In 2017, a song from Styles’ self-titled album also came under the speculation of fans. In his song “Sweet Creature,” he sings the following lyrics:

And oh, we started

Two hearts in one home

It’s hard when we argue

I know, but oh

Wherever I go, you bring me home

When I run out of road, you bring me home

We’re running through the garden

Oh, where nothing bothered us

The last line has fans thinking that Styles is referring to how he and Tomlinson have not spoken enough since the band’s indefinite hiatus.

Finally, there are the endless physical interactions and reactions shared between Harry Styles and Louis Tomlinson.

YouTube is full of Larry Stylinson videos documenting that “secret” gestures between the two, especially during interviews. One of the most notable Larry Stylinson claims is Tomlinson’s parma ham recipe (“Chicken stuffed with mozzarella, wrapped in Parma ham with a side of homemade hash!”), which was the only meal he claimed to have ever cooked. Another thing to note is he cooked it for Styles.

But What About the Girlfriends? Styles and Tomlinson’s Relationships 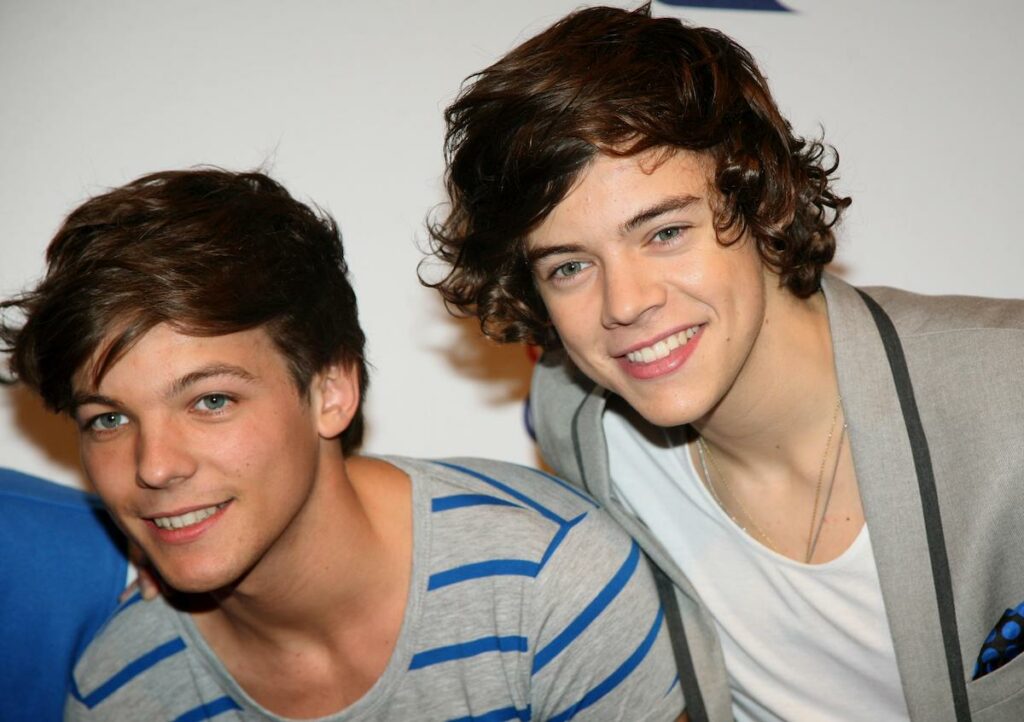 Naysayers of the Larry Stylinson ship combat the rumors with a big tool in their arsenal: the relationships.

Tomlinson and Styles have both dated a list of women.

On Tomlinson’s side, he is most famous for his relationship with Eleanor Calder. Louis Tomlinson and Eleanor Calder first made their public appearance in 2011 at Niall Horan’s birthday party. Since then, Louis and Eleanor have been seen together on dates and have appeared on each other’s social media profiles. The pair broke up in 2015, only to get back together in 2017. Rumor has it that the pair were engaged in January 2020, but representatives from both sides denied it.

Tomlinson was also linked to Brianna Jungwirth, Tomlinson’s friend and the mother of his firstborn son, Freddie Tomlinson. The pair had a brief romance in May 2015 after they were introduced by mutual friends. Their relationship began after Louis and Eleanor broke up, and Brianna’s pregnancy was announced in the autumn of 2015.

Jungwirth’s pregnancy was called a hoax by people who believed in Larry Stylinson. Also known as the infamous “Babygate,” Larry fans claim that the whole pregnancy was a setup to distract the public from Harry and Louis’ relationship.  Babygate believers also insist that Tomlinson’s son Freddie is just a doll and Tomlinson faked fatherhood, so the media wouldn’t scrutinize his relationship with Styles. The Tumblr posts on this matter are plentiful.

Styles also has a long list of ex-lovers, which includes big names like Caroline Flack, Nicole Scherzinger and Taylor Swift. His relationship with Swift is the most publicized and followed one since both have written songs about each other. Swift’s “Style” is assumed to be about Styles whereas “Perfect,” “Ever Since New York” and “Two Ghosts” are speculated to be Styles’ singing about Swift.

Currently, Styles is dating Olivia Wilde. The pair went public with their relationship when they attended a wedding together in January 2021. For the Fourth of July celebration, the pair took a trip to Southern Italy.

Despite Harry Styles and Louis Tomlinson being in relationships with other people for years, fans are adamant that all their relationships were just a setup imposed by One Direction’s management company, Modest (which Larries often refer to as just “Management”).

According to fans, Modest heavily controlled Tomlinson and Styles’ public appearances and social media images all the time, going as far as securing “beards” for both since contractually, they “can’t be gay.”

What Louis Tomlinson and Harry Styles Think About Larry Stylinson

Most artists prefer to stay mum about their knowledge on their band’s ships, but Louis Tomlinson and Harry Styles have both acknowledged the existence of Larry Stylinson. Tomlinson claimed that it “ruined” his friendship with Styles.

He also felt the ship was disrespectful to Calder, who was already his girlfriend by the time the shipping community became too passionate.

“I think it shows that it was never anything real, if I can use that word,” Tomlinson stated.

In 2012, he was already shooting down rumors of him and Styles being in a relationship. He replied to a tweet saying, “How’s this? Larry is the biggest load of bullsh*t I’ve ever heard. I’m happy. Why can’t you accept that?”

@skyleridk Hows this , Larry is the biggest load of bullshit I’ve ever heard. I’m happy why can’t you accept that.

As for Styles, he was asked about his song “Sweet Creature” and its possible tribute to Tomlinson. He said that people are always going to speculate about the meaning of songs. But unlike Tomlinson who was so adamant at denying the rumors, Styles said he didn’t want to tell fans off for feeling what his song was about. He capped off the interview by saying, “If you really listen to the lyrics, I think you can work out if it’s really about that or not. And I would lean towards no.”

Even ex-bandmate Zayn Malik pitched in the conversation. Malik defended the pair’s friendship, saying that Larry Stylinson rumors put a strain on how Tomlinson and Styles interacted with each other.

Larry Stylinson will forever remain one of the most legendary ships in boyband history. Despite the denials from Harry Styles and Louis Tomlinson themselves, fans continue to believe that Larry was real. And if anyone can confirm or deny this theory, no one ever will but the love for the ship will always be integral in the One Direction fandom.

So is Larry Stylinson real? No one knows, and that is the end of the story. 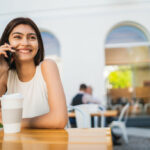 The Four Daily Habits You Shouldn’t Skip No Matter What

The Means To Write Master And Phd Research Papers 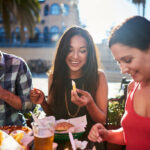