Interview with Atmosphere’s Slug: One Night In New Mexico Changes Everything 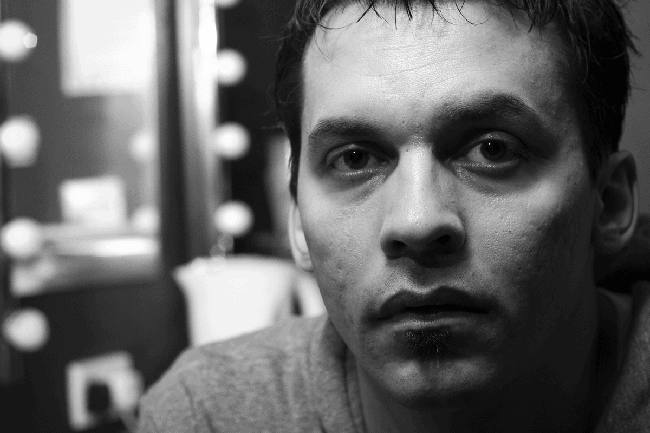 The murder of Marissa Mathy-Zvaifler forever changed the rapper Slug of Atmosphere. In June of 2003, Marissa, age 16, attended Atmosphere’s concert in Albuquerque, New Mexico. That night the venue’s janitor promised he would introduce Marissa to Slug, luring her backstage where he proceeded to rape and then murder her. Slug knew he wasn’t responsible. Rather his feelings of remorse, his sympathy for the family, his fans from that night, the murderer and those readers of the event’s headlines, he realized he was connected to all of them. After the event, Slug explained he concluded, “It’s not just really about me getting on the stage and having the time of my life talking about how cool I am. It’s bigger than that.”

Slug’s honesty has always separated him as a rapper. Over the last sixteen years, his music has chronicled his struggle as a white rapper trying to prove himself, his dependency on substances, his need for acceptance and finally, his personal image as a role model for his fans and children. About Marissa’s death, Slug said he saw this as “my transition to try to be a more responsible artist not just to the audience but to myself.” Before Atmosphere’s performance tomorrow night at The Greek Theater in support of his new album, The Family Sign, SFCritic spoke with Slug about this transition, that night and becoming a responsible figure.

SFCritic (SFC): How would you describe the message you’re trying to convey to the youth that listen to your music?

Slug (S): If I had to give a blanket statement I would say it is a message of perseverance. I’m sure you could look at different eras of my involvement and pick different times where I was trying to communicate a different message.

S: My first struggle was to validate myself or even prove to my immediate peers that I’m supposed to be a rapper. I think that’s many rappers first struggle making music, which is why you get many people’s first records when they’re making music are about “I’m over your head like a raptor, I’m fresh, I’m so good at this, I’m fresh.”

From there, I started dealing with some of my codependences as far as alcohol, weed, women and validation. I stuck with that for a while until I became a caricature of myself. Right around You Can’t Image How Much Fun We’re Having that’s when I started to shift and turn more into a storyteller.

I’m getting older man. I’ve got a teenager and a one year old. These stories have almost turned into after school specials. I realize most of my audience is younger people. I try not to write to an audience, but when it’s time to go back and edit and decide which songs are going to make the record, I’m definitely insecure about putting out anything where I’m just being a blatantly negative prick or apathetic.

SFC: What I hear is that there are three phases: 1) proving your self 2) telling stories 3) living those stories. Now, the cycle is kind of repeating itself as you’re returning to tell stories again.

S: The thing is that now I’m trying to tell stories that aren’t so full of negative energy. There was a phase around the Lucy Ford time, post Overcast, my stories for the most part were all self-gratifying. I was coming up with lines “I’m bigger than guns, I want to be bigger than cigarettes.” I guess I was just trying to be the cool guy, because if you thought I was the cool guy then maybe you listen to what I have to say.

SFC: You cite your song “Guns and Cigarettes” as a song when you were bragging in a self-gratifying way. It seems like “She’s Enough” on your most recent album with its lyrical positivism would reflect your storytelling change. What is a song that came between which represents the struggle for you living your stories?

“I realize most of my audience is younger people. I try not to write to an audience, but when it’s time to go back and edit and decide which songs are going to make the record, I’m definitely insecure about putting out anything where I’m just being a blatantly negative prick or apathetic.”

S: There is a song that is called “That Night” that has nothing to do with drinking or any of the stuff we were talking about, but it does exemplify where I was when things started to open up to me. The song is about a show I played with Murs and Mr. Dibbs down in Albuquerque, New Mexico. During the show while I was on the stage, there was a custodian that worked at the venue who lured a sixteen year old girl to come in some back room where he raped her and killed her.

Obviously, this messed us all up. Not for any other reason, it showed us how close we were with the audience and each other. How we felt, it was a reminder that we are all in this together. It’s not just really about me getting on the stage and having the time of my life talking about how cool I am. It’s bigger than that. After Seven’s Travels came out, that was the last record I allowed to come out where I was the irresponsible character. I started writing songs that were in the direction that I wanted my life to go, as opposed to the songs that were about my life, the rut.

During one of many digressions in the conversation Slug expressed a disappointment he’s encountered, “I feel like a lot of counter culture bond to each other through complaints talking about the shit we all hate as opposed to bonding with each other about the shit we all love or love to feel.” It’s a fair response as many fans of his earlier work (Lucy Ford and God Loves Ugly) have criticized his newer “positive” sound as a transition for the worst.

After the events in Albuquerque, Slug wrote a song called “That Night” where he rapped “There’s a part of me that keeps dying that night.” Until that point Slug expressed his personal struggles. It was what he knew best—be honest. Helpless, unable to amend the past wrong that surrounded his name, Slug’s struggle changed: how can he mend the future? Write about what you hope for.

Note: During our conversation we talked about many different songs, and influences, below is a track list and how they were referenced:

1. “Hey Young World” by Slick Rick
(A song Slug listened to as a youth that reminds him of early conscious hip hop.)

2. “Wake Up” by Brand Nubian
(A song Slug listened to as a youth that reminds him of early conscious hip hop.)

3. “Guns and Cigarettes” by Atmosphere
(An example of a song Slug wrote that was deemed the “anti-hero” as he tried to prove himself in a self-indulgent way. Considered the first phase.)

4. “She’s Enough” by Atmosphere
(An example of a song Slug wrote in third phase as he tries to remain optimistic. In contrast to his previous songs, this song is positive, embracing monogamy.)

6. “What Up Gangsta” by 50 Cent
(Slug referenced 50 Cent as a period when  gangster rap becomes popularized, and less artists are talking personally about themselves. He explained that he saw this as an opportunity for him to begin writing stories that weren’t gangster.)

7. “Sound of Da Police” by KRS-1
(Throughout the interview Slug referenced KRS-1 as an influence, someone he said he was trying to pay homage to in his music.)

8. “Moment of Truth” by Gangstarr
(Slug also referenced Gangstarr as another group he wanted to pay homage to. He referenced the group when he stated that his audience has shifted over the years, and likely weren’t fans of Gangstarr.)

9. “Who Are You” by Tom Waits
(When I asked Slug who was an artist that reflected an image and direction he’d like to take his music he said Tom Waits and Willie Nelson. Not because the music was a direction he wanted to go, but that these particular artists seemed to make music that reflected more than just a story, but who they were as people.)

10. “Hercules” by Aaron Neville
(During the end of our conversation Slug hesitantly referenced this song by pop artist Aaron Neville to explain his feelings during the transition period:

“I think in a weird I identify with that song, or at least my interpretation of his song, because he’s basically saying “I see what you want from me, I see what you want from me, I must be Hercules, You must think I’m Hercules.” That was what I was saying to myself, I need to make these changes, but in the end I know I’m carrying this weight of trying to force myself to make changes. Is that organic? Is that how it’s supposed to go? “)