Let The Hunt Begin! An Introduction to Face Hunter

But perhaps one of the most famous (and arguably one of the most effective) Hunter decks out there is the Face Hunter. Aggressive enough that it can close matches as early as turn 5, Face Hunter is perfect for players who take no prisoners and just want to deal as much damage as possible in the fastest way possible.

One of the most common decks you’ll find in any meta, the Face Hunter, also known as Aggro Hunter. As the name suggests, Face hunters focus on dealing direct damage to the opponent’s face, either with minions or with its hero power, which deals 2 damage directly to the enemy hero.

Because of how fast Face Hunter’s deal damage, this can easily snowball into a mid-game victory, making it a popular deck for beginners climbing the ladder.

Introduced in Kobolds & Catacombs, Candleshot is a 1-cost 1/3 weapon that gives your hero immunity while attacking. Although it has fairly low stats, its mana cost and its active effect makes this an effective early game removal weapon, or as a way to chip at the enemy hero’s health.

A 1-cost 1/3 minion, the Dire Mole is a fairly vanilla minion on its own, but it provides a cheap base for other cards like Kill Command. Despite its 1 attack, the Dire Mole has 3 health which makes it a cost-efficient drop, especially when buffed with Dire Frenzy’s +3/+3.

A 2-cost 3/2 beast, Crackling Razormaw’s battlecry lets you Adapt a friendly beast, giving it one of 10 possible adaptations:

A staple for zoo decks, Timber Wolf is a strong minion buffer for Face Hunter, giving their minions the extra oomph it needs to bring down their opponent’s health. Again, on its own, the Timber Wolf is pretty weak, but with the right synergy, it’s a powerful addition to the deck.

A 2-cost 2/2 weapon that receives +1 durability if you control a beast, Headhunter’s Hatchet is a great tool for removing problematic enemy minions during the early game. However, it can also be leveraged to deal consistent damage to your opponent’s face, using it in conjecture with your hero power to do 4 damage a turn.

Arguably one of Hunter’s most valuable minions, Scavenging Hyena is a 2-cost 2/2 minion that gains +2/+1 every time a friendly beast dies. Stats alone, Scavenging Hyena already provides vanilla value, but coupled with other beasts being traded, it can become a lethal threat, even providing an OTK if the Face Hunter is able to kill off a full board full of beasts, giving the Scavenging Hyena a whopping +12/+6 stats to close the game.

A must-have for all Hunters, Animal Companion is a 3-cost spell that summons one of three beasts:

Each beast is uniquely designed to add value to your board, whether it’s providing direct damage, buff, or Taunt cover.

A 3-cost 3/3 neutral beast, the Vicious Fledgling adapts every time it attacks a hero. Given the list of possible adaptations, Vicious Fledgling can readily snowball into a potential OTK with its attacks alone, even without any of the beast synergies. However, couple that with spells like Dire Frenzy or battlecries like Houndmaster, and this humble 3-cost beast can easily become your closer.

A 3-cost 4/3 minion, Bearshark cannot be targeted by spells or hero power, meaning they cannot be removed with enemy removal spells nor can they buffed by friendly spells. They can, however, be buffed by battlecries, which makes them a great option for trading minions or to deal face damage from behind Taunt minions.

A 3-cost spell that deals 3 damage to an enemy, or 5 damage if you control a beast, Kill Command is one of Face Hunter’s most powerful weapons. Used strategically, it can even be used to end the game at turn 8, with 2 Kill Commands dealing 10 damage for 6 mana, plus whatever damage your beast on board deals, plus your hero power.

A 3-cost spell that summons a 1/1 beast for every enemy minion on board, Unleash The Hounds is one of the most versatile cards in the Face Hunter’s arsenal. The summoned hounds can be buffed by Houndmaster, to turn one hound into a 3/3 Taunt with charge, buffed by Timber Wolf to turn all the hounds into a 2/1 minion with charge, or used to clear the enemy board of minions. The hounds can also be used to buff Scavenging Hyena, sacrificing them to give Scavenging Hyena a powerful buff and make it into a potentially lethal turn.

A 4-cost spell that summons a 3/3 Wolf and deals 3 damage to an enemy minion, Flanking Strike has a lot of utility both as a minion-generating spell and a removal spell. The 3/3 Wolf it creates is fairly decent and synergizes perfectly with other beast synergies.

A 4-cost 4/3 minion that is able to give friendly beasts +2/+2 and Taunt, Houndmaster is a versatile card that you can use to either provide a friendly beast with extra damaging power or to turn a high health beast (e.g., Dire Mole) into an effective Taunt cover against enemy damage. But even without the battlecry, Houndmaster’s beefy attack damage is enough to make it a threat.

A 5-cost 6/2 minion with Charge, Leeroy also summons two 1/1 whelps for your opponent, which poses little threats if you have a powerful Taunt minion on board. Leeroy is often used as a closer in most Aggro decks, providing great value for mana with his Charge and high attack.

Secret Hunter is another Hunter deck archetype that’s popular with Legend players, but some secrets can also be leveraged by Face Hunters, especially for defensive purposes:

A secret that returns any attacking minion back to your opponent’s hand and making it cost 2 mana more, Freezing Trap is a good way to stave off any potential lethal turns from big enemy minions.

Another defensive secret, Snipe deals 4 damage to the first minion that your opponent drops after you cast this. Especially useful during early game, Snipe allows you to control board conditions to keep it favorable to you.

More of an offensive secret and works great with the Face Hunter strategy of dealing constant damage, Explosive Trap deals 2 damage to all enemies whenever your hero is attacked. This means that aside from using it as a way to damage your enemy’s face, it can also be leveraged as a form of board control.

Rat Trap is a secret that generates a 6/6 Rat for your board when your opponent plays three cards in a turn. Although it’s a vanilla minion with no bonus effect, it’s still a 6/6 beast-type minion that can benefit greatly from other beast synergies.

Another minion-generating trap, the Snake Trap secret creates three 1/1 Snakes whenever a minion is attacked. Not as powerful as Rat Trap’s 6/6 rat, Snake Trap still generates three extra minions that can be used either as a way to clear enemy minions or to be sacrificed in order to buff Scavenging Hyena.

Face Hunter’s general strategy is simple: Go for the face with everything you’ve got, trade minions if and only if you have to (e.g. if the enemy has Taunt minions). Unlike Zoodecks which require some creative minion trading, Face Hunter is much blunter and crude, but just as effective and can win games faster than other decks.

Of course, trading minions is inevitable in any match, but Face Hunter needs to make sure that it’s the opponent that trades first rather than the other way around. This way, the Face Hunter continues to deal damage right to the enemy, whittling away at their health constantly.

Because Face Hunters focus so much of their time and effort on dealing face damage, most of the damage-dealing capabilities of your opponent will be focused on neutralizing your minions. But even without minions, Hunter’s hero power can deal 2 damage every turn. Of course, it’s advisable to trade minions in order to protect more powerful minions (e.g. neutralizing a 2/2 enemy minion with Wolfrider in order to protect your Leeroy) or to buff other minions (sacrificing all your hounds to beef up your Scavenging Hyena).

Because of its aggressive nature, Face Hunter requires that you win the match between early to mid-game, as the minions he has will rarely last up to the late game. Rather than waiting to deal damage, Face Hunter must constantly push for damage, denying your opponent their opportunity to hurt your hero. Steady Shot, Hunter’s base hero power, must be used as often as possible, as this is 2 damage that the enemy hero can never prevent with minions or spells.

Burst damage is reserved for closing games. Kill Command, Leeroy, even Unleash The Hounds can all be leveraged into creating lethal burst damage opportunities in the mid-game. These often need to be used in combination with each other to maximize their value.

Face Hunter’s can also protect themselves with Secrets like Explosive Trap, which deal 2 damage to all enemies. This secret will not only help the Face Hunter clear the enemy board of low-cost minions, it’s also another avenue of dealing damage to the enemy hero. If you’re running secrets with your Face Hunter, equip Eaglehorn Bow as well, as this provides even more damage that you can use to either clear the board of enemy Taunts or simply deal more damage to the opponent’s face.

Why Face Hunter is Popular With Beginners

Quite simply, Face Hunter allows players to win games fast, regardless of board conditions. There are plenty of decks out there that are built to lessen the chances of a bad opening hand, giving beginner’s a great way to climb the ladder to Legend.

This is not necessarily a bad thing; I believe that Face Hunter is a great way to get players interested in the Hunter class, learn more about beast synergies, and forces them to find creative ways to deal with the damage. Far from the simplistic and crude image it has with other players, I think that Face Hunter actually requires a lot of puzzle-solving and creative solutions, especially when faced with control players or Taunt minions. 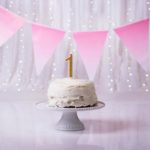 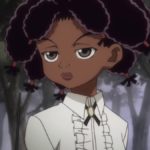