If six books and six films and a YouTube reunion with Josh Gad are not enough to fill your love tank for “The Lord of the Rings” franchise, you’re in luck. You’re getting a TV series, too.

Directed by Peter Jackson and adapted from J.R.R. Tolkien’s beloved novels, the modern “The Lord of the Rings” films are one of the most awarded and profitable movies of all time, winning 17 Oscars, being nominated for 13 other Academy Awards and racking up $3 billion at the global box office. Plus, the importance of Tolkien’s books can’t be understated; they are works of fantasy that speak about courage, loss and power, which resound to readers and moviegoers of all ages.

In 2019, The Hollywood Reporter reported that “The Lord of the Rings” Amazon series will be filmed in New Zealand, where the original trilogies were originally shot. At the same time, this is also where LOTR fans drive more than $27 million a year for New Zealand’s tourism income.

Since then, there was no news on Amazon’s take on “The Lord of the Rings.” Two years later, however, Amazon finally unveiled major news concerning LOTR, which includes an interesting decision about the plot (spoiler: they might break away from the source material).

What Will The Amazon Series Be About?

According to the official synopsis from Amazon, their take on “The Lord of the Rings” is set thousands of years before Tolkien’s “The Lord of the Rings” and “The Hobbit.” Everyone’s going back to a time when “great powers were forged, kingdoms rose to glory and fell to ruin, unlikely heroes were tested…and the greatest villain that ever flowed from Tolkien’s pen threatened to cover all the world in darkness.”

The Amazon series will begin in a time of peace and follow characters, both new and familiar, who must confront evil forces re-emerging in Middle Earth. Viewers and fans will be taken to the beautiful island of Númenor, the darkest depths of the Misty Mountains and Lindon, the elf-capital.

The Middle Earth map, which Amazon released as a teaser about the series, welcomes fans to the Second Age, which reveals a clue about the plot.

Middle Earth’s history is divided into four ages. Most of the action we watched during “The Lord of the Rings” trilogy mostly occurs in the Third Age. So, the Second Age will see the rise and fall of Sauron, who is the original villain of the films. So, when the official plot mentioned “the greatest villain” Tolkien ever wrote, they were basically confirming the appearance of Sauron.

Many fans think that Amazon’s “The Lord of the Rings” series will focus more on the Fall of Númenor, especially since they shared a map that had Númenor in it. During the Second Age, the people of Númenor lived in glory and peace until Sauron promised them eternal life, as long as they helped him defeat the gods.

The gods, however, overthrew them and punished them by transforming the flat Earth into a globe. Similar to Atlantis, Númenor was consumed by the ocean. Only Sauron survived. The surviving citizens of Númenor, who were sheltered on their ships, went to Middle Earth and established Gondor, which gave birth to a line of kings, including Aragorn. To further hype LOTR fans, Amazon released the first look of its new LOTR universe, which included a person looking at the expanse of an unknown kingdom. Fans of the trilogy believe that the city pictured in Osgiliath, which could be seen when Frodo and Sam passed by as they went on their way to Mordor. The city was built near the end of the Second Age and was a testament to Númenor’s splendor. During The War of the Last Alliance, Sauron attacked the city, which makes it a plausible plot for Amazon’s “The Lord of the Rings” TV series.

A closer look at the image, however, will give you more clues. For instance, there are two glowing trees standing in the distance. These trees are most likely the Two Trees of Valinor, Laurelin and Telperion. These trees light up the world and define The Years of the Trees.

Will Old Characters Make an Appearance?

Amazon did say that both “new and familiar” characters will appear in their take of LOTR. Since the series is set in the Second Age, expect to see Sauron and his quest for absolute power. We might also see Elrond who is a relative of the kings of Númenor. Amazon also confirmed the appearance of the beautiful Galadriel by casting Morfydd Clark as the younger version of Cate Blanchett’s character in Jackson’s LOTR.

Is Peter Jackson Involved In the New Lord of The Rings TV Series?

As soon as people heard that Amazon is making a “Lord of the Rings” TV series, they wondered if Peter Jackson would be involved. At first, the director claimed that he wasn’t involved in the show. Later, however, he changed his tune by saying that the production might send him scripts to see how he can help.

How Many Seasons Will The New LOTR Series Have?

A long-term commitment was one of the conditions behind Amazon’s deal with Tolkien. To secure the rights of “The Lord of the Rings,” Amazon promised to produce five seasons of the series. They also had to start production within two years after signing the deal.

Although the streaming site is obligated to produce five seasons, people were already shocked when it ordered a second season before it began producing the first. The first two episodes of the first season were already filmed in early 2020.

When Will the LOTR Series Premier?

Amazon’s take on “The Lord of the Rings” is set to premiere on September 22, 2022, which is also Bilbo Baggins’ birthday. What better way to celebrate an iconic character’s birthday than by traveling back to Middle Earth, to the time where it all began?

Thanks to Amazon, fans of “The Lord of the Rings” have something new to look forward to. And if the five season-LOTR TV series pushes through, you won’t be leaving Middle Earth any time soon. 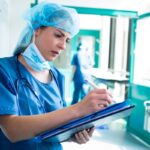 Careers in Healthcare: Emerging Industries to Watch Out 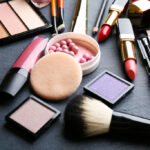 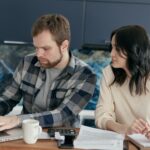 12 Tips on Settling Down for Couples 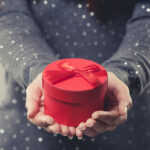 12 Gifts to Give Yourself After a Small Achievement