Ah, the 1990s — one of the most nostalgic years that is always worth a trip back to memory lane. Back then, it was a different time — Britney Spears was the ultimate It Gir and everyone wanted to be friends with the Spice Girls. Justin Timberlake sported his ramen noodle hair with pride. Everyone had tiny keychains called Tamagotchis and wore their flannel around their waists.

But even more nostalgic than the music or fashion of the 1990s is the food. Specifically the yummy ‘90s candy and snacks everyone enjoyed.

You remember what we’re talking about: fruit-flavored snacks, microwavable foods, processed lunches — the ‘90s selection of candy and snacks were top tier.  They were colorful snacks that made your Jetsons’ lunchbox the envy of the school yard. You munched on them while watching reality TV or reading your favorite DC comics.

Many snacks from the 1990s were so iconic that most people wish they were still available today. Fortunately, many companies recreated our favorite ‘90s snacks and put them back on the shelves. On the other hand, many ‘90s candy and snacks never saw the light of day once the era ended.

Today’s kids may call it “old people candy” or “old school snacks,” but there’s no questioning it: the 1990s had the best snacks in the whole wide world. Wear your nostalgia goggles and get ready to look back at fond memories, especially at the snacks that you might be missing every now and then.

What Snacks Were Popular in the ‘90s?

During the good old ‘90s, 1.50 ounces of candy cost only 50 to 70 cents. Other 90s snacks cost less or less than a dollar! It’s no wonder kids and parents loved to fill their Scooby-Doo lunchboxes with these gems.

Do you miss the following ‘90s candy and snacks?

If you’re looking for the ultimate nostalgia trip in terms of ‘90s candy, you can’t go wrong with the Baby Bottle Pop. True 1990s babies can probably still sing the Baby Bottle Pop commercial in their sleep. You may also enjoy vivid memories of pretending to be a baby while eating this candy.

Apart from the bottle, the best part of the Baby Bottle Pop is the FLAVORS! Take your pick from Blue Raspberry, Berry Blast, Cotton Candy, Strawberry or Watermelon.

To kids today, Dunkaroos may seem like a boring snack. After all, it’s just cookies and dip, right?

Wrong. It’s a magical type of cookies and dip. How did you dunk your Dunkaroos? Most people just took their cookies, dipped them in the sugary frosting and emptied the pack in less than five seconds. Others chose to create a Dunkaroo sandwich by combining two cookies with the frosting in the middle.

Either way, everyone wanted to see Dunkaroos in their lunchbox. They made the best snacks and it was a sin if you didn’t scoop out the last of the frosting.

They’re squishy and they’re the sad excuse we have for daily fruit consumption. You know them: Fruit Gushers!

Gushers are squishy diamond-shaped gummies filled with delicious goo. This candy from the ‘90s was a ‘burst-in-your-mouth’ type of delight. You can squish it with your teeth or squeeze the candy between your fingers and watch the goo with pleasure. 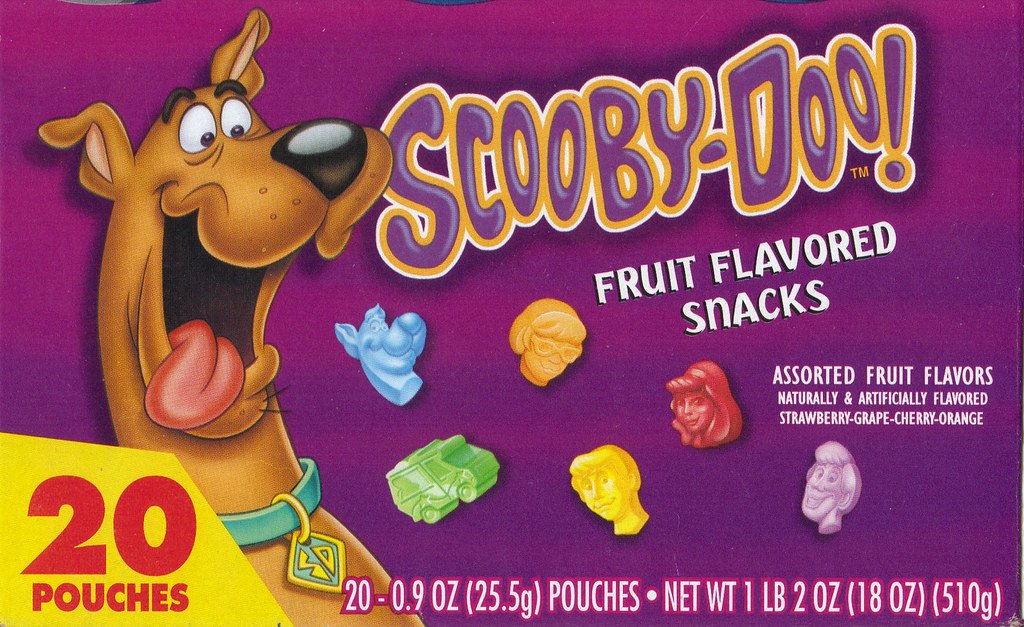 To this day, ‘90s kids still have strong opinions about which Lunchable was the best one and we’ll just say it: the Pizza is STILL the best. Pizza & Treatza, the iconic DIY cheese pizza and sauce Lunchable will forever be the best Lunchable but that doesn’t mean the others aren’t great. The cracker stackers A+ amazing and have we talked about Reese’s Cups?

If you had Lunchables as a kid, you were automatically one of THE cool kids — guaranteed. You can still be a cool kid today by having Lunchables, even if you’re an adult. No one makes the rules after all.

The original Doritos are still delicious and perfect late-night snacks. The same can be said for the newer Cool Ranch Doritos but no one can forget the time when Doritos used to be cone-shaped and yummy. You could buy them in a cup so you could enjoy yourself or buy a big bag to share with your friends (or still enjoy Doritos by yourself). You can finish an entire bag while watching your favorite anime show.

Sadly, these fun-shaped Doritos were discontinued in the early 2000s. But there are rumors that Doritos is bringing back its iconic 3D chips, so hope for the best! 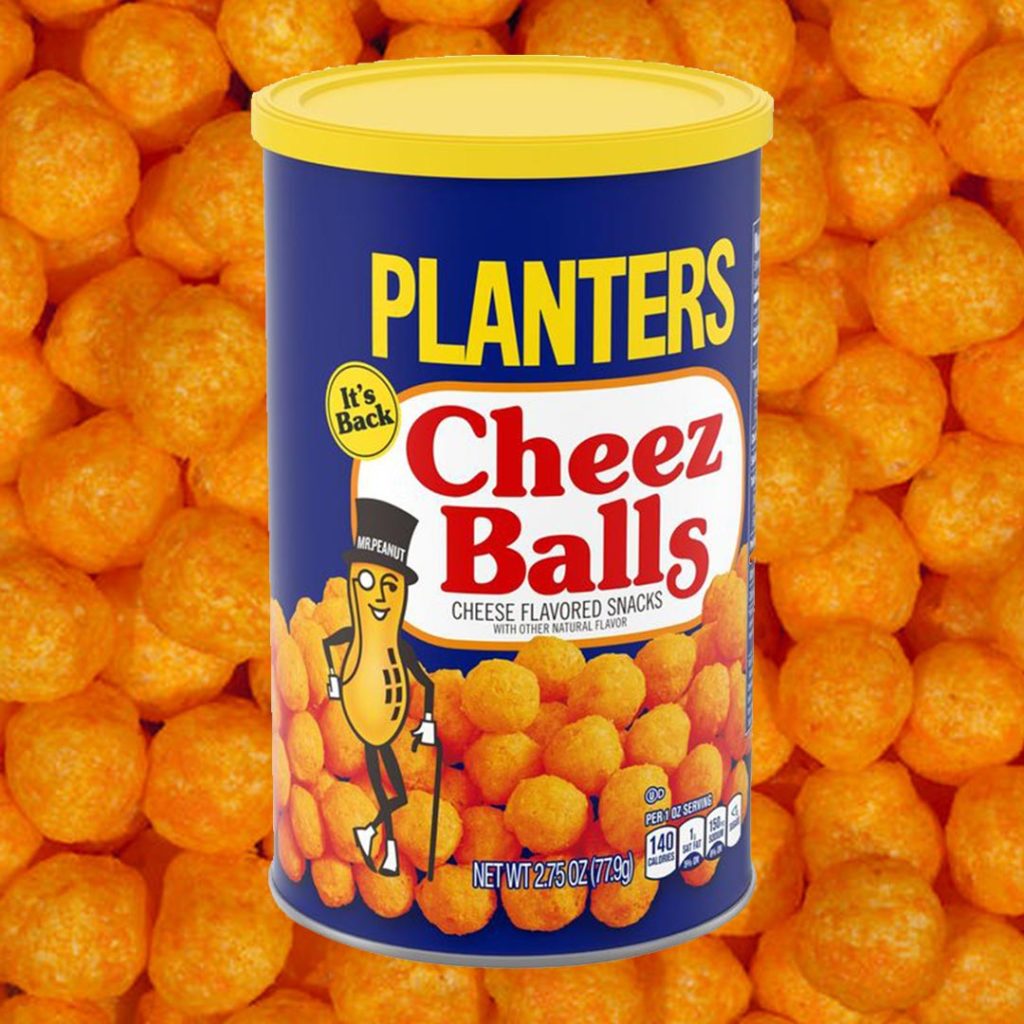 The blue cardboard can of Planters and those orange cheese balls were the epitome of ‘90s snacks. Today, there are still cheese puffs and cheese balls available in the snacks section, but none of them compares to the iconic Planters Cheez Balls. It was the perfect snack for horror movie nights or picnic days with family and friends.

Remember how you used to lick cheese dust off your fingers after eating a couple of cheese balls? Or how about the time you dug your hands into a can full of cheese balls? Any true fan of Planters Cheez Balls knows that these snacks are cheesier and yummier compared to Utz’s attempt at cheese balls (and we’re not even sorry).

Your mom probably cringed when you insisted to have Yoo-Hoo after every meal. It wasn’t quite chocolate milk but it wasn’t either chocolate water. One thing was sure though: it was super chocolatey and delicious — even more than Ovaltine! You could enjoy one while you read your Harry Potter books.

But if you look at the main ingredients, you might agree with your mom now. Yoo-hoo is composed of whey, high-fructose syrup and water. It’s not chocolate milk, kids.

A big ball of chocolate filled with treats inside? If you wanted chocolate and some surprise treats, you’d bug your parents to buy you a Wonder Ball. If you were sneakier enough, you could even slide one in your Mom’s pushcart without her noticing.

The ball of chocolate often contained tart candies inside, which made it the perfect sugar rush treat. Unfortunately, the potential choking hazards of the Wonder Ball resulted in its discontinuation in 2004.

Nestlé’s Push Up popsicles are still in stock but ‘90s kids know it’s not the same unless the packaging has the Flintstones on it.

The Flintstones wasn’t just known for their gummy vitamins; they also had sherbets wrapped in cardboard. There was nothing better than the classic Flintstone Push-Ups during a hot summer day. But you had to eat your Popsicle quickly before the ice cream leaked or the cardboard got too soggy. 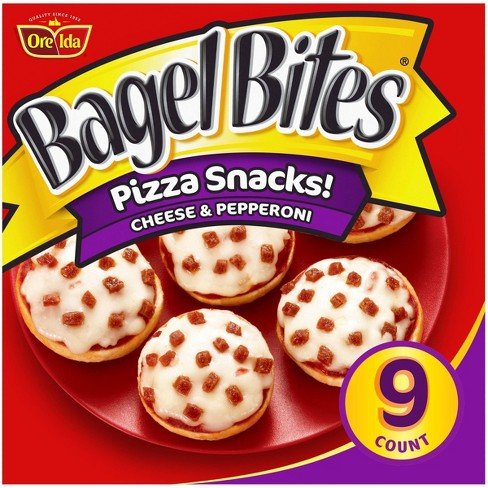 If you’re looking for something different, they have little hot dog versions! Go get some Bagel Bites and Bagel Dogs while you’re at it.

It’s a string, it’s a thing — it’s String Thing! This ‘90s candy tempted you to play with your food even though your parents told you not to do so. After all, the commercial said you can do anything with the candy. You can turn it into a wig, you can play it like the strings of a bass guitar or even jump rope — at least that’s what the commercial said!

Many grocery stores and candy shops still your favorite snacks and candies from the 1990s. If you’re an online shopper, you can find ‘90s candy and snack boxes from Amazon.com or other online candy specialty shops like Candy Warehouse or Old Time Candy.

What better way to enjoy the memory of the ‘90s than with the candies and snacks that we all loved? Relive your childhood by shopping for these goods!

Facebook
Twitter
Pinterest
Email
PrevPrevious ArticleHow Switching Up Your Everyday Fashion Can Play a Part in Your Work-Life Balance
Next ArticleMake the Best Smash Cake for Your Baby’s First Birthday!Next